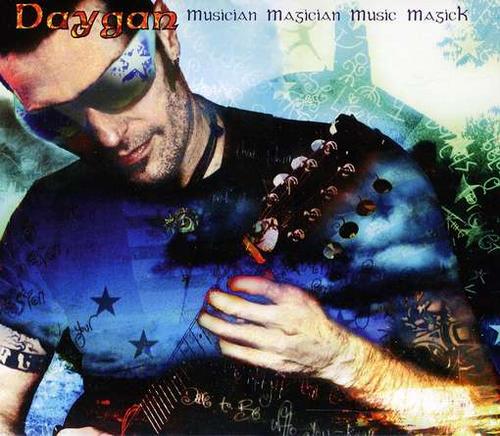 A bard of Avalon, Daygan has been described as a “one man mandolin orchestra“
He plays traditional music inspired by the magick of the  ancient  British Isles ,France and Brittany,with some melodies that go all the way back to medieval times as well as compositions of his own.

By layering the music of his mandolin with the help of a loop station he fuses celtic rooted music in a contemporary way, adding to it his own unique magick styling and rhythmic underchords.
Daygan plays magickal music from the heart. His love of  music magick and the ancient land is captured in the melodic musical melodies within his tunes…Daygan has a solo show  but  can also be hired as a duo,trio or whole band called “Daygan and the music magic experience” 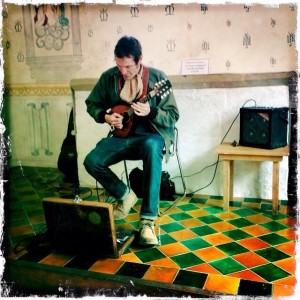 Daygan in his solo show’s uses  a loop station to layer the magical sounds of his mandolin and  create a one man mandolin orchestra touching on  a phycedelic/ folkatronic  sound.He plays traditional tunes and melodys from around the British Isles ,France  and Brittany.From medieval to contempory folk  as well as creating  his own tuneful compositions .
He combines driving rhythmic underchords with  delicate ,(and some say pixie-esque !)melodies on the mandolin ,playing from  heart and spirit and bringing a sprinkling of bardic magic to the places in which he plays..”
Doing a one man show makes it very easy to perform in smaller spaces and is more affordable than a band for smaller events.
You are welcome to listen to Daygan’s solo album on the home page for examples  of his music. Daygan has played as a solo performer in art centres.folk festivals,art gallery’s weddings, hand-fasting’s, restaurants, hotels, churches, Abbeys and even a cathedral! 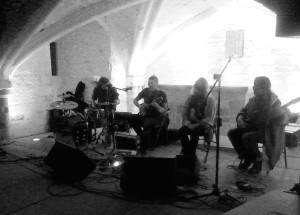 This band developed from Daygan’s solo gig’s where he would invite  some of the other talented musicians of Glastonbury to join in with him . some of the guests became regular, hence forming the band “The music magic experience”  creating  musical , expanding ,psychedelic journey music which through it’s melodies has a ancient celtic connection. Daygan plays music similar to  his solo album but with a whole band of genius musicians contributing there own flavors to this musical melting pot.The band has drum kit,lead guitar,base guitar ,keyboards and of course mandolin.
Album coming soon!! 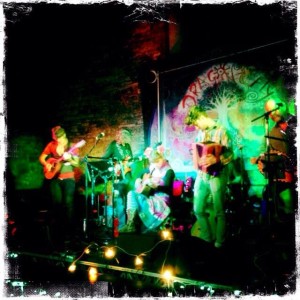 Formed in 1997 by Maya and Daygan, Dragonsfly is a Celtic-Eastern-Folk Fusion band with a unique sound born from the band member’s musical tastes and influences.

This vibrant and original five-piece interlace instruments as diverse as bagpipes, hurdy-gurdy, bouzouki, mandolin, tabla, electric bass, saxophones, vocals and more resulting in groove-driven music that is passionate, high-energy, tender and entrancing. Their performances are rooted in traditional music but with their own contemporary interpretation and with songs inspired by their personal experiences and musical backgrounds. Their music celebrates community and the spirit of the land, enchanting audiences to sing, dance and be stirred. 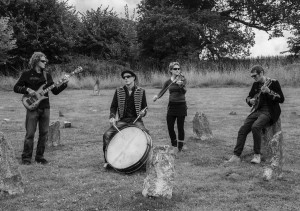 Celtech fuse the beauty and passion of the music of the Celtic nations with the best of modern dance music.
They draw on the genres of drum and bass, techno, dub, electronica and world music in order to create irresistible grooves to underpin enchanting and timeless melodies.
Their pan Celtic repertoire draws on Scottish, Irish as well as the best of English folk dance music. Being heavily influenced by Breton music, they have a strong continental feel to there music which can make a refreshing change from some of the more familiar aspects of Celtic music, keeping things fresh and interesting whilst remaining firmly rooted in tradition.
Celtech Perform as a 5 piece as standard and can reduce to a 4 piece .
Please visit www.celtechmusic,.com

Whilst it's common practise nowadays to listen to everything online, often for free, I encourage you to support musicians you like, by simply buying their music.